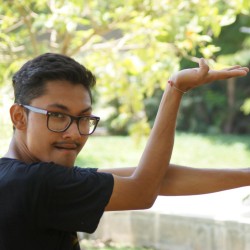 Its been era of bots and assistants and people are too curious about, how from the other end the bot responses like a human. In this increasing era of bots its difficult to make a machine train as per user requirements as there are numerous requirements of the user.

From a developers perspective, they face many muddles while developing those requirements. There are innumerable platforms available for building a bot but not all are precise and easy to use. Google offers a great platform to developers and non-tech users to build bots easily. This is how Dialog flow works, It’s the prime platform to build bots and test them on premise. Well, all thanks to Google, which provides the easiest way to build bots. Many developers out there ask how to execute it or use it. It’s as simple as writing any sentences or phrases in English and publishing it

How it works basically?

With this it’s not yet over, one doesn’t need any coding knowledge to develop a bot Google provides an amazing user-friendly interface to develop a bot. It provides lovely cards, quick reply, GIF support, images support, video and whatnot.

Dialogflow is so powerful that it supports Natural Language Processing(NLP).

Eh! what’s this ? The answer to this is the sentences, the phrases which contain normal conversations which user speaks or writes are understood accurately by the machine. It follows a simple probability of matching string.

This is all about static data and text. How one can use API’s to grab data from the web.  Yes! Google has every answer to the question. Dialogflow provides API integration also example Weather API, Mail API.

But what about testing? Dialogflow inbuilt provides a test interface which is as simple as messaging someone. One doesn’t have to worry about the error as every undefined text has a fallback example “Couldn’t catch what you said!” is one type of fallback.

Starting with Dialog flow? here are some things to keep in mind.

Think as of how would a user write or speak a command to bot. Form sentences which user may speak. Create responses as per user interaction. Provide entertaining answers to catch up users attention. Form different utterances of same word example ‘hi’ or ‘hie’. Be specific with questions, don’t ask users ambiguous questions. Provide them the way through input utterances and formats example. Last but not the least provide them relevant answers or responses.

The first mass-produced book to deviate from a rectilinear format, at least in the United States, is thought to be this 1863 edition of Red Riding Hood, cut into the shape of the protagonist herself with the troublesome wolf curled at her feet. Produced by the Boston-based publisher Louis Prang, this is the first in their “Doll Series”, a set of five “die-cut” books, known also as shape books — the other titles being Robinson Crusoe, Goody Two-Shoes (also written by Red Riding Hood author Lydia Very), Cinderella, and King Winter.

An 1868 Prang catalogue would later claim that such “books in the shape of a regular paper Doll… originated with us”.

It would seem the claim could also extend to die cut books in general, as we can’t find anything sooner, but do let us know in the comments if you have further light to shed on this! Such books are, of course, still popular in children’s publishing today, though the die cutting is not now limited to mere outlines, as evidenced in a beautiful 2014 version of the same Little Red Riding Hood story.

The die cut has also been employed in the non-juvenile sphere as well, a recent example being Jonathan Safran Foer’s ambitious Tree of Codes.

As for this particular rendition of Charles Perrault’s classic tale, the text and design is by Lydia Very (1823-1901), sister of Transcendentalist poet Jones Very. The gruesome ending of the original - which sees Little Red Riding Hood being gobbled up as well as her grandmother - is avoided here, the gore giving way to the less bloody aims of the morality tale, and the lesson that one should not disobey one’s mother.